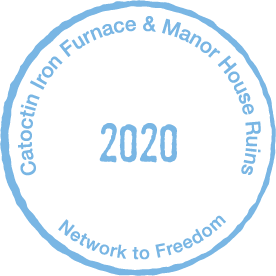 The Catoctin Furnace African American Cemetery represents what is thought to be the most complete African American cemetery connected with early industry in the United States. More than 100 individuals who labored at the iron-working furnace and in its surrounding community from the 1770s to the 1840s were buried there. Many of these individuals were enslaved workers, some of whom appear to have been brought directly from Africa for their valuable iron-working skills. Other individuals were probably part of the free black population that also lived and worked at the furnace. The labor pool included skilled artisans such as forge workers, colliers, masons, and carpenters. The Catoctin Furnace Historical Society is committed to increasing public awareness of the role African Americans played in the iron industry at Catoctin Furnace and elsewhere and to highlight the impact of African Americans on the industrial history of the United States.

First established in 1774, Catoctin Furnace played a crucial role in American history. For more than 125 years it manufactured iron used to produce household tools and Franklin stoves for the growing country. It also produced historically important arms and ammunition, including the bombshells fired by George Washington’s army in defeating the British at the Battle of Yorktown. The role of Catoctin Furnace in the industrial development of Maryland and the country as a whole is well known. What is much less well known is that the majority of the 18th and early 19th century workers at the furnace were enslaved African Americans. While many of these individuals are buried in the Catoctin Furnace African American Cemetery, their visibility in historical interpretations of the furnace and early industrial America has thus far been minimal. Though the cemetery is privately owned, the Catoctin Furnace Historical Society is dedicated to the preservation of the site and making known its important history.

Catoctin Furnace African American Cemetery Interpretive Trail:  Open daily during park hours.  Enjoy a socially distanced self-guided tour on our new trail.  The trail begins in Cunningham Falls State Park at the ruins of the historic Catoctin  Furnace and leads to an overlook near the African American cemetery.  Wayside panels explain the ironmaking process, explore Catoctin Furnace’s historic buildings, and tell the story of the workers—both African American and European American—who lived and worked in the furnace and village.  A printed, self-guided companion tour designed to engage children and families, along with an audio tour, will be available on this website soon.  The trail is an unpaved, smooth, ADA-style path that is approximately half a mile long with two viewing platforms and three wooden benches. 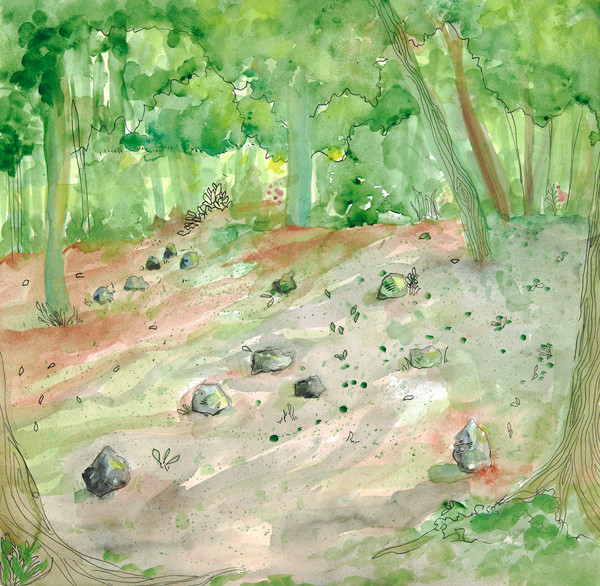 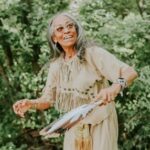 Elayne Bond Hyman is an actor, writer, and performance poet.  Her poem “Catoctin Cemetery” is featured on the waysides tour. It was selected from her published collection, Catoctin SlaveSpeak. Ms Hyman brings talents and skills, honed over a lifetime, to her current work of “listening to the ancestors”. She has found her voice by giving voice to those who have been rendered voiceless, yet are waiting to be heard.  She is currently working on her first novel, They Came Across South Mountain and is a featured poet in Frederick County Public Libraries upcoming Fall Bookmark in honor of Native American History Month. Stay tuned. She lives in Frederick, MD.

Khalil Clash is an artist from Baltimore, Maryland. He received his theatre training from Baltimore School for the Arts graduating in 2015. Since that point on he has taken part in local projects, modeled and enjoys creating videos for people to see and enjoy. 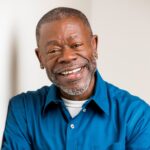 Ray Hatch has been in the theatre arts and dance for over 45 years as a director/choreographer/actor/singer/dancer, instructor & performance coach. Director/choreographer credits include Arsenic and Old Lace, Once On This Island, Our Town, Circle Mirror Transformation, 7 Brides for 7 Brothers, Blood Brothers, Shakin’ the Hell Outta Misery, Ma Rainey’s Black Bottom, Dreamgirls, Lone Star, A Raisin in the Sun, The Most Fabulous Story Ever Told, Purlie Victorious, Hairspray and Spunk.  His performance credits include La Cage Aux Folles (Albin/ZaZa), Sweat (Brucie), Jesus Christ Superstar (Judas), Dreamgirls (James “Thunder” Early), Pippin (Leading Player), A Chorus Line (Richie), The Wiz (Scarecrow), Gypsy (Tulsa), The Color Purple (Ol’ Mister), Sophisticated Ladies and 15 separate productions of Ain’t Misbehavin’ (Andre); 13 of which he staged.  Ray was the original “Wolf-E” in The Beetlejuice Graveyard Revue in Orlando, FL and has been directing/choreographing the annual musicals at Loyola-Blakefield Preparatory School since 2005.

Aden McClure came to Silver Oak Academy by way of Middletown, PA. During his stay he was a member of the Junior ROTC program, the Student Government Association and the Student Culinary Department.  He enjoys gardening and science. He was the Valedictorian of his graduating class this past June and he will be attending Penn State University in the Fall to study Horticulture. 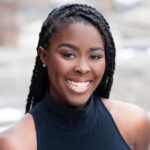 Markia Nicole Smith is a Baltimore native living in NYC. She attended college in Pittsburgh at Point Park University; graduating with a BFA in acting. While there, she performed in Big Love, The Who’s Tommy, Cabaret and Vinegar Tom. Markia’s passion for the arts is deeply rooted in her desire to connect through truth and empathy. Most recent credits include: Paulina Sarpong in “School Girls or the African Mean Girls at the Pittsburgh Public Theater and Cleo in the world premiere of Indoor Person off-broadway at Normal Ave. She is a strong advocate for arts education and for the past 9 years has dedicated her summers to teaching several week long theatre intensives to Baltimore City students with the Hippodrome Foundation Inc.

Jacob Wise came to Silver Oak Academy from Pottstown, PA.  As a student athlete he was a member of the football and wrestling teams, the Student Government Association and a student barber intern.  Jacob was also Salutatorian of his graduating class this past June. He is ready to start his studies at Shippensburg College this Fall in Business Management.